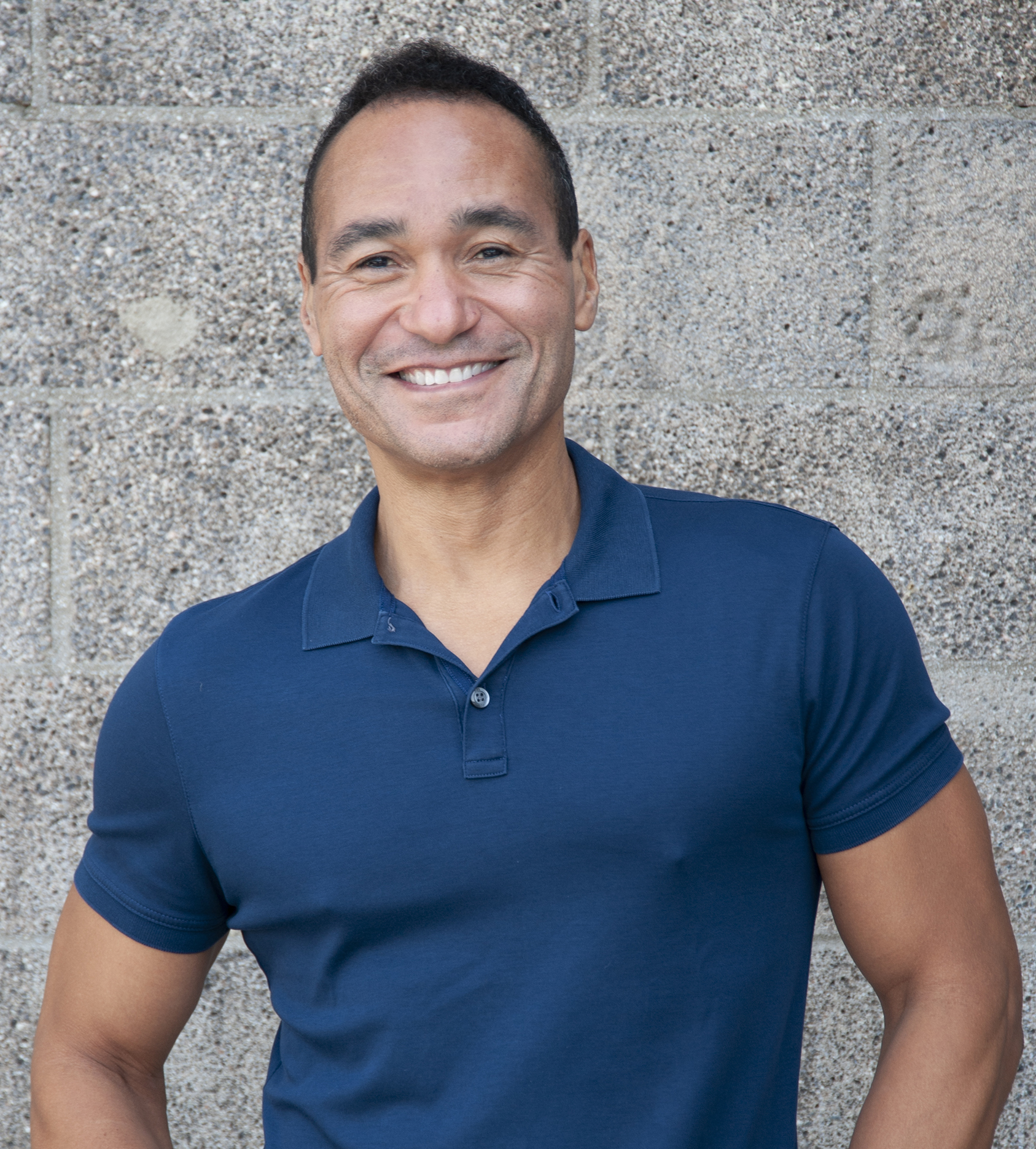 As a photographer I have always been fascinated by other lands. Los Angeles is and always has been my home, but I feel like there are pieces of me scattered all over the world, in any city I have spent time. Better yet, I feel that pieces of those cities make up the man I am today.

There are many things that I find fascinating about cities: The visual image of human versus element, the streets, the architecture and the fact that no two cities are exactly the same. It is this individual character and unique feeling that each invokes in me that leads me to explore and create within their walls, and has also inspired this collection of wall coverings.  Each design is constructed from an image that I have shot in a particular city and is structured to intertwine exterior elements within an interior space. Whether used as an accent or an overall theme, this collection was designed as a unique way to incorporate art and textiles.

Paul Robinson, is an artist known for his unique approach to creating stunning, imaginative and provocative imagery and videos through a combination of mediums and processes.

Robinson began his career in the mid 1980’s as a fashion photographer in Paris. Since then he has been recognized as one of the most talented celebrity photographers in the industry, having photographed celebrities such as Renee Zellweger, Jennifer Tilly (who modeled for his commissioned Absolut Vodka ad in 1995, among other projects), David Arquette, Ella Fitzgerald, B.B. King, Melissa Ethridge, Noah Wyle, The Beastie Boys, and Dermot Mulroney. In addition, his portrait work has been displayed in well-known magazines such as Details, Elle, Interview, Detour,George and Architectural Digest. Notably, many of his clients are also collectors of Robinson’s work.

While still photography was the impetus for his early success, Robinson is probably best known for the constant evolution of his artistic processes and drive to explore new mediums in his work. Initially striving for the clear sharpness of a single image, he began layering multiple images upon one another to create unique and often controversial juxtapositions. This led to the incorporation of additional techniques in which multiple images were layered along with text and other media, all combined to create a single, thought-provoking piece. Over time, Robinson’s work evolved even further, and he introduced paint to the process, creating a seamless hybrid of photography and painting. Exploring increasingly provocative themes, each piece is passionate and imagined as its own story, creating one-of-a-kind and ground-breaking art.

Longtime collector of Robinson’s work, Academy Award-winner Sydney Pollack said, “It’s been exciting to watch Paul’s photographic journey, through the black and white stark images of his earlier work, into the more abstract and dreamlike color cityscapes and triptychs that came later, and then on further, still evolving, to watch him find his own distinct photographic eye.” Pollack also wrote the forward to Robinson’s first book, “In Camera”.

Robinson is also acclaimed for his visionary work in videography and in late 1996, formed “Tangled Minds,” a multifaceted film production company specializing in commercial, short film and music videos. Though his portfolio is deep, of particular mention are the MTV sponsored Rock the Vote commercials and print ads of 1995 which were written, directed and produced by Robinson. The avant-garde campaign featured celebrities such as Josie Bissett, Coolio and Noah Wyle in distressed situations, urging young people to register and vote.

Never ceasing to make art that is ground-breaking and thought-provoking, Paul Robinson continues to stand as a beacon of innovation and creativity for art enthusiasts around the world and exhibits regularly in London, Hong Kong, and Los Angeles. 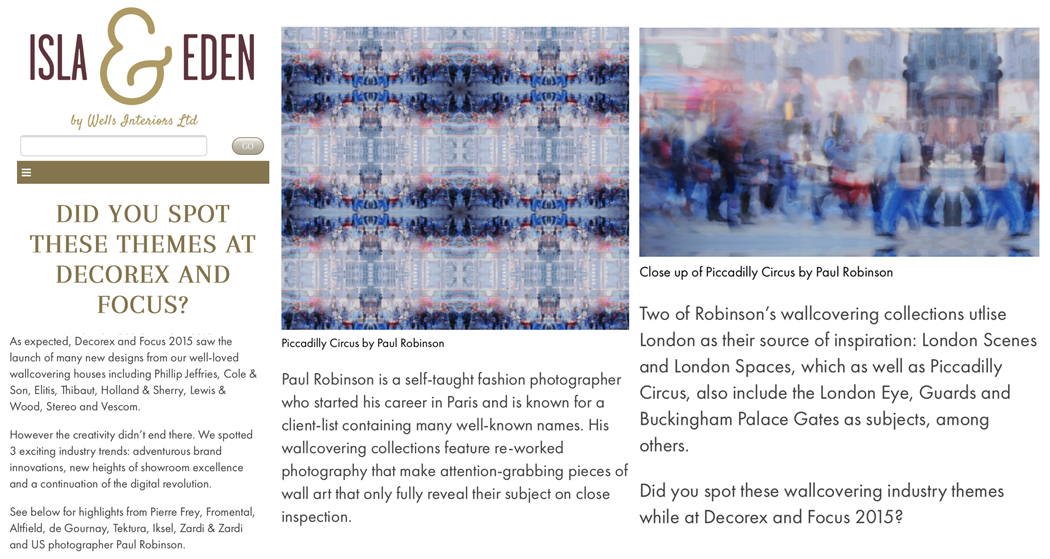 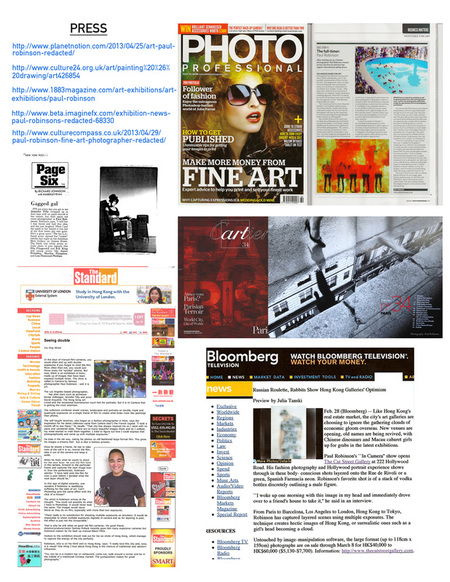 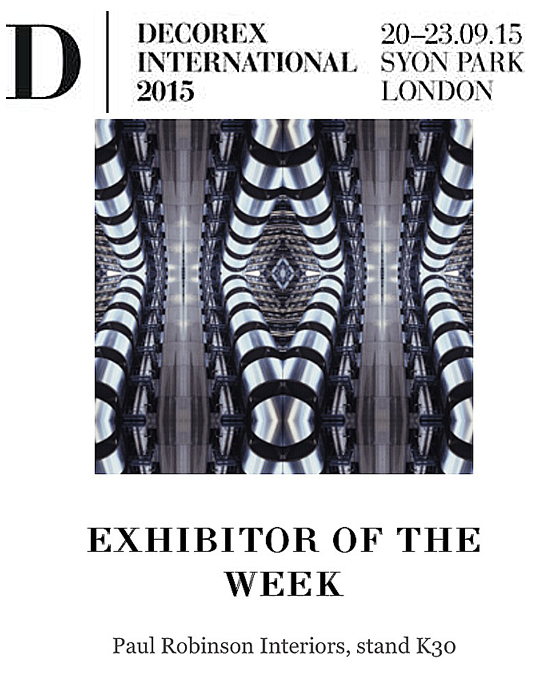 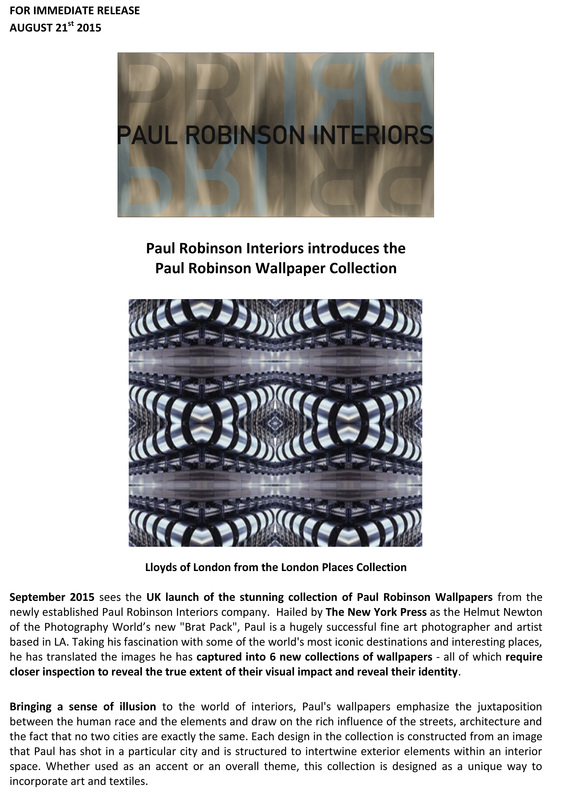 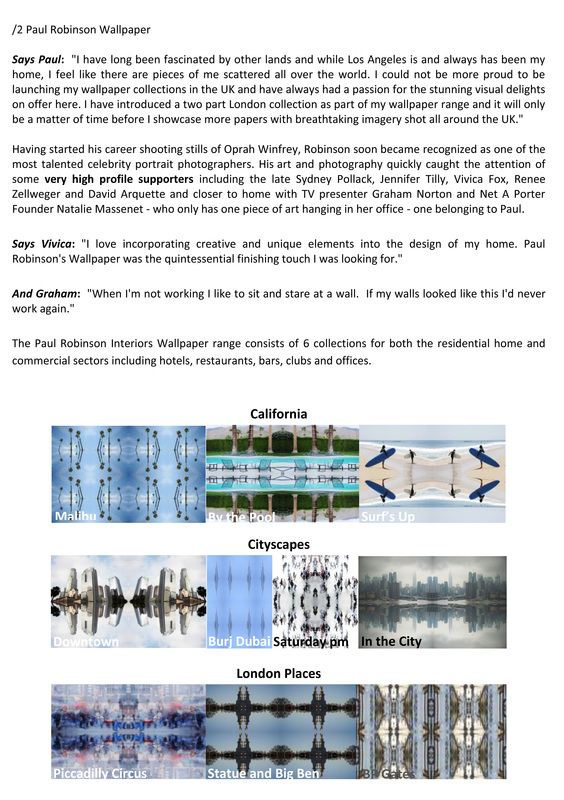 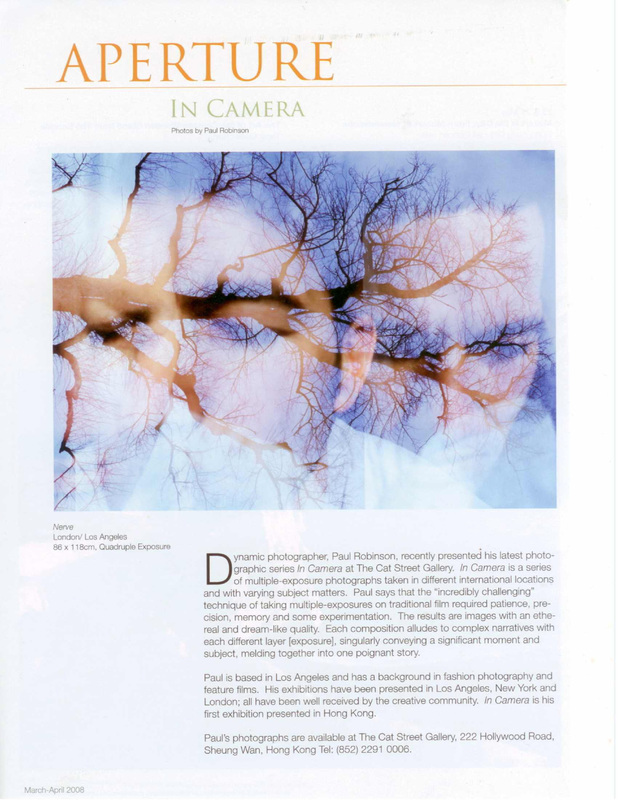 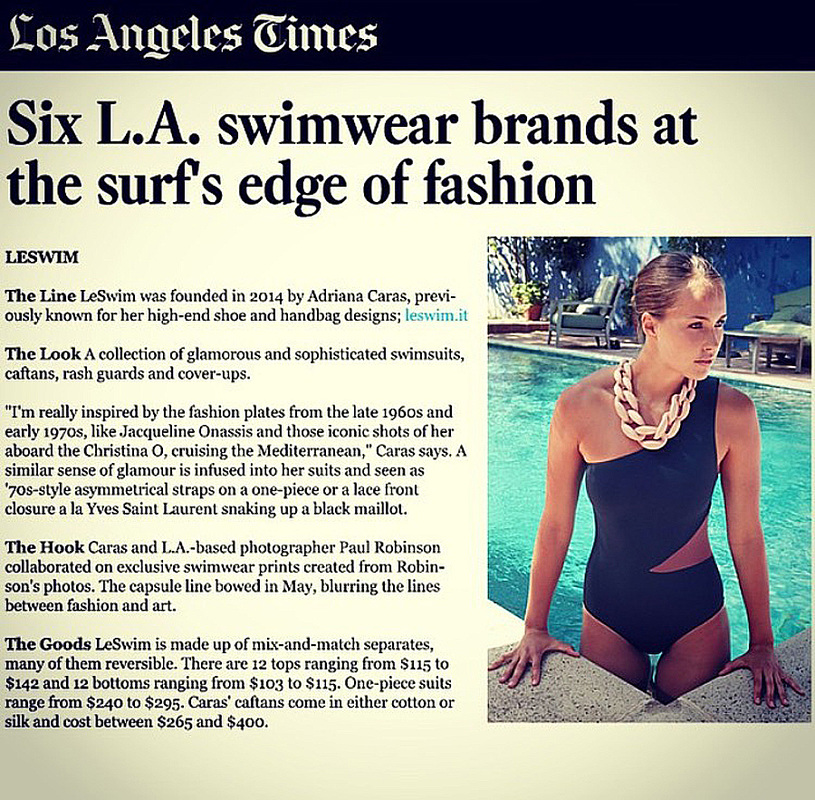 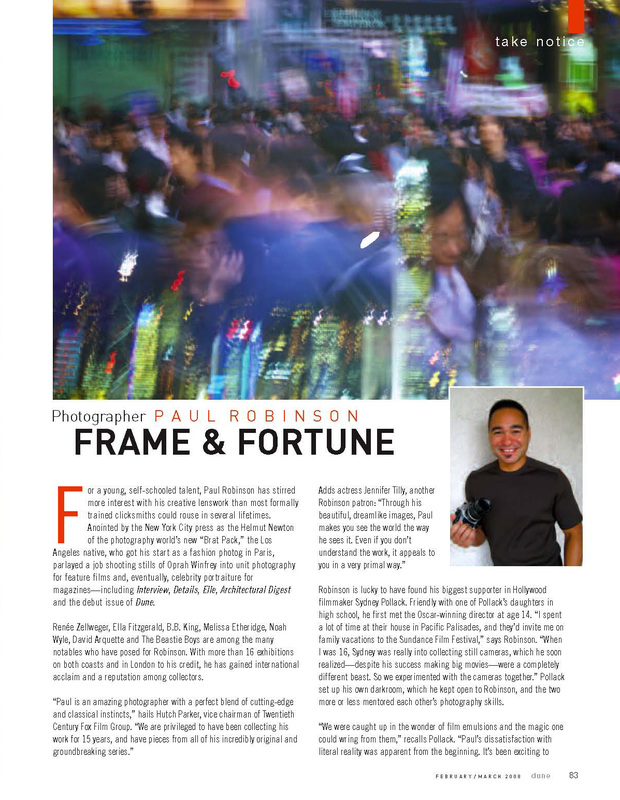 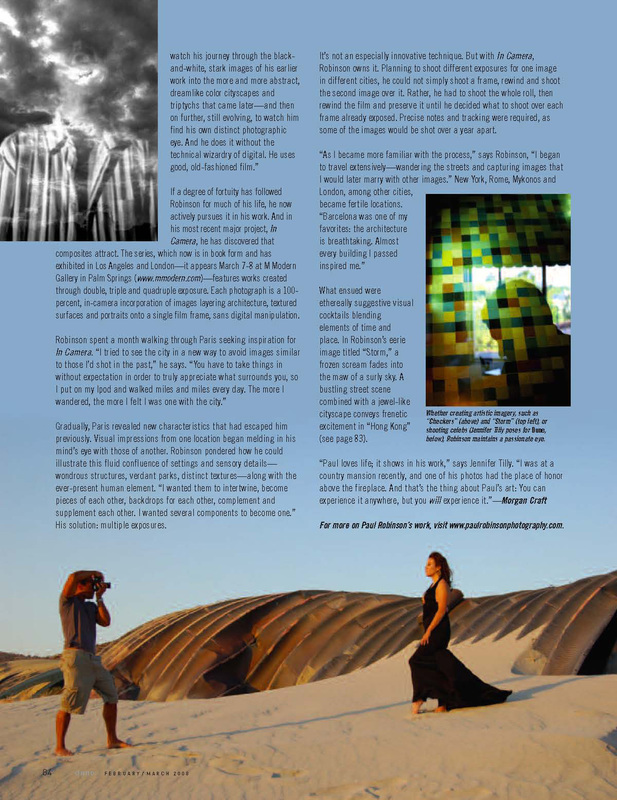 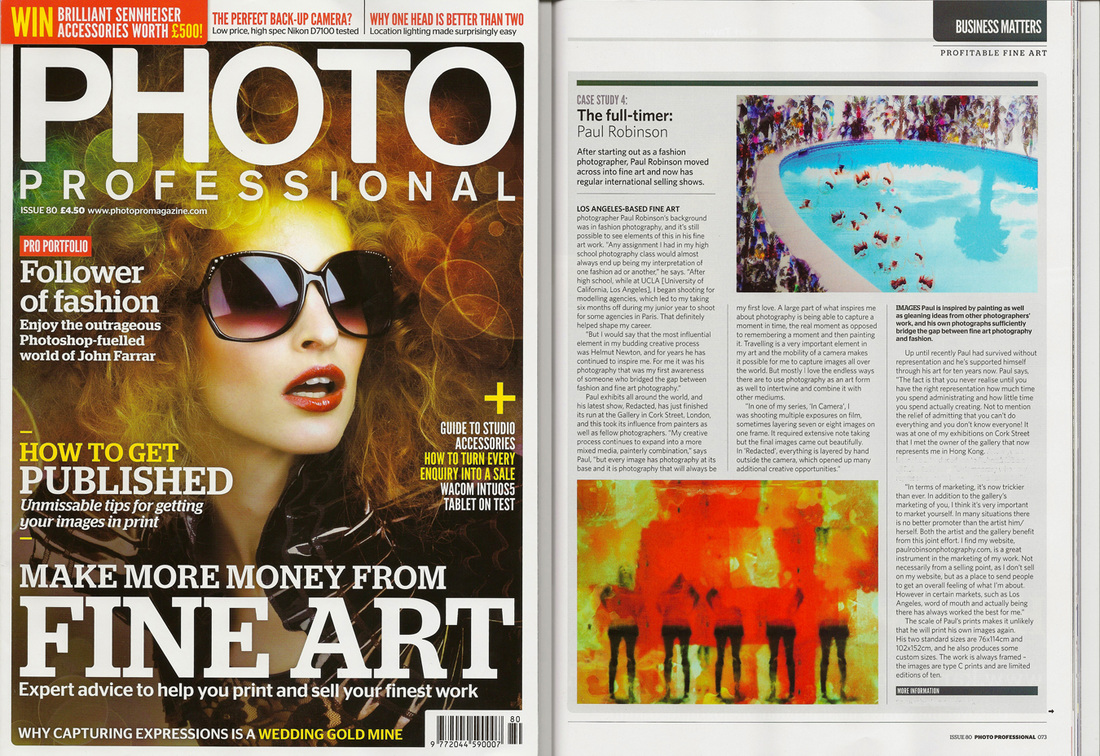 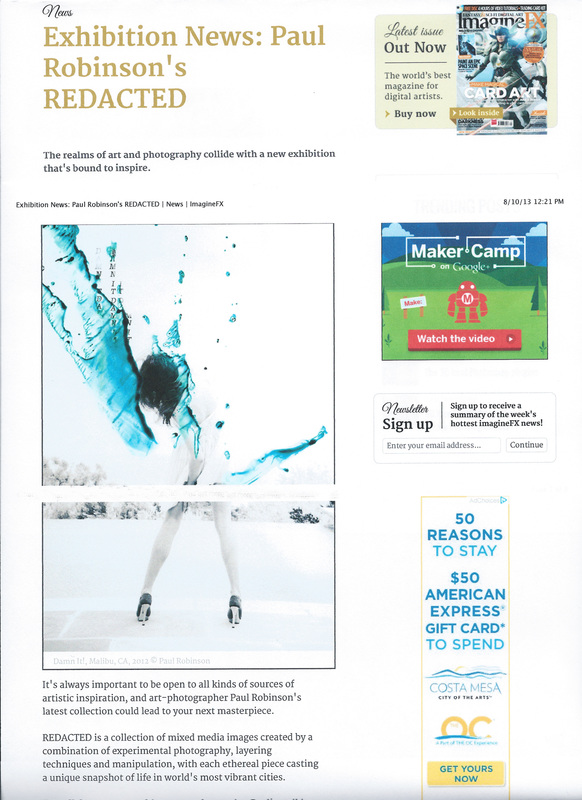 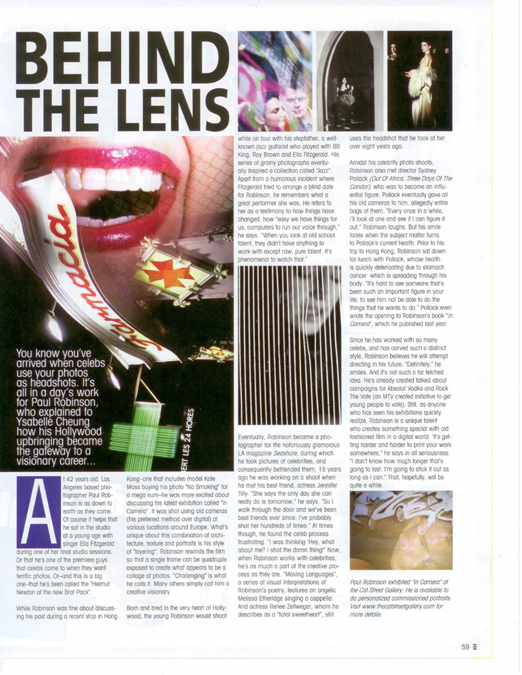 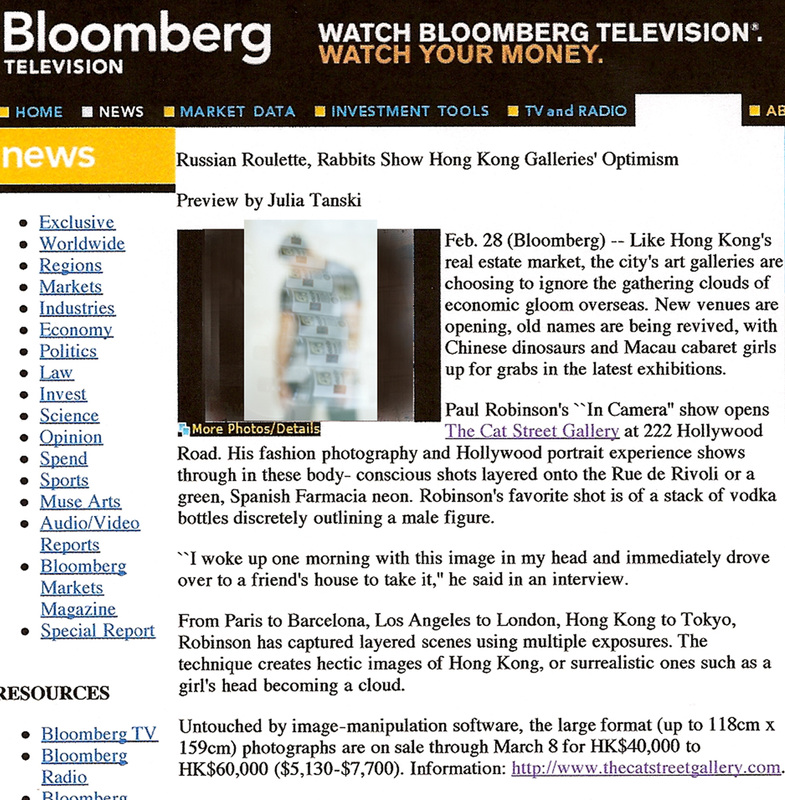